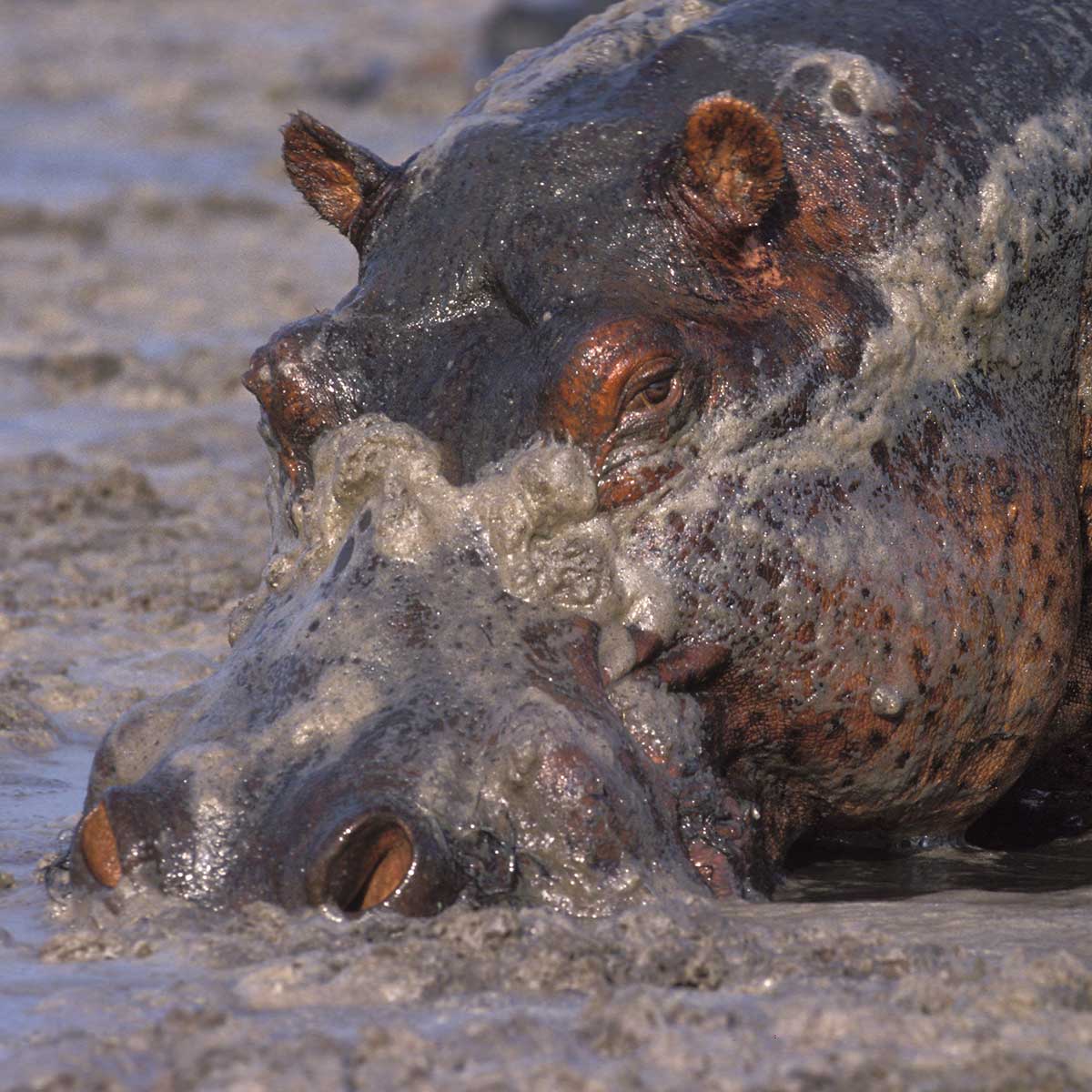 Miniature Africa (from wetlands and falls, to open forest and savannah)

The Binder-Léré Wildlife Reserve is located in the southwest of Chad, near the border with Cameroon. It covers an area of 135,000 hectares marking the transition between the sudanese and the sahelian ecosystems. The reserve was created in May 1974 by presidential decree. In 2001, the site was classified as a Wetland of International Importance (Ramsar Site) and designated as an Important Bird Area (IBA). The reserve holds a unique variety of wetlands as well as the country’s largest waters falls, the “Gauthiot Falls”, with a brutal drop of 45 meters. The falls constitute an insurmountable natural barrier for fish species from the Niger basin to the Chad basin. Apart from wetlands, Binder-Léré harbours open forest and gallery forests populated with large sudanese savannah trees and perennial grass. On top of that, the area contains large floodplains which serve as spawning grounds and nursery areas for numerous species of fish, as well as two lakes (Léré́ and Tréné) sheltering a rich afro-ethiopian avifauna. 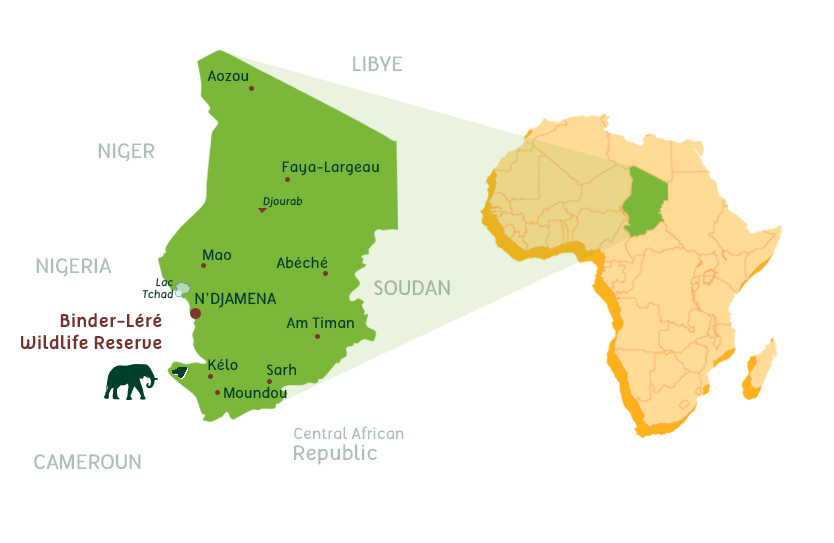 This surface might not seem very large, but it is rare to find 100,000 hectares of intact sahelian ecosystem today

The Mami Wata is a goddess of the sea and a symbol of wealth and beauty in many African legends.

A small antelope of 50–67 cm and 12–22 kg found in eastern, southern and western Africa

PEOPLE AROUND THE RESERVE

Movement of people but also migration of animals crossing the border is common and an additional management challenge.

This a relict population of this critically endangered subspecies of giraffe that needs close monitoring to ensure its survival.

The most unexpected species among the emblematic fauna of this sahelian region is maybe the manatee, which can be found in the lakes. The reserve is also home to giraffe, hippopotamus, roan antelope, bohor reedbuck, oribi and Grimm’s duiker. Since the end of 2006, the ecosystem of the Binder-Léré Wildlife Reserve has hosted the third largest elephant population in Chad, with approximately 125 individuals.

Due to uncontrolled poaching and loss of habitat over the years, most species in the reserve have decreased to alarming numbers and a swift intervention is needed for their recovery. 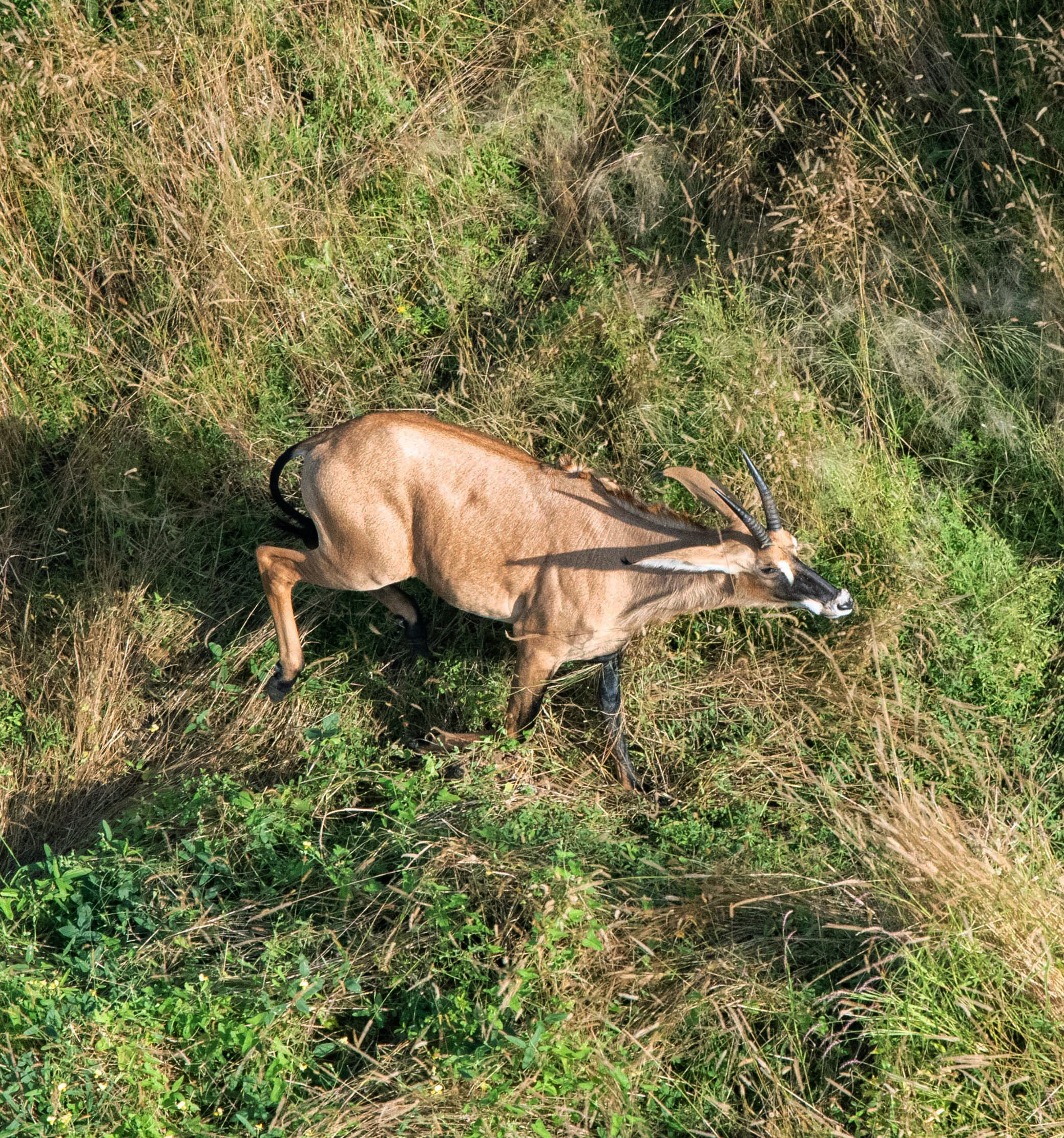 Our vision for the future

The vision for the park is to restore and protect wildlife and their habitat along with the development of the local communities depending on them.

In order to obtain this, protection is essential, so Parcs de Noé is currently ensuring:

Parcs de Noé is committed to: 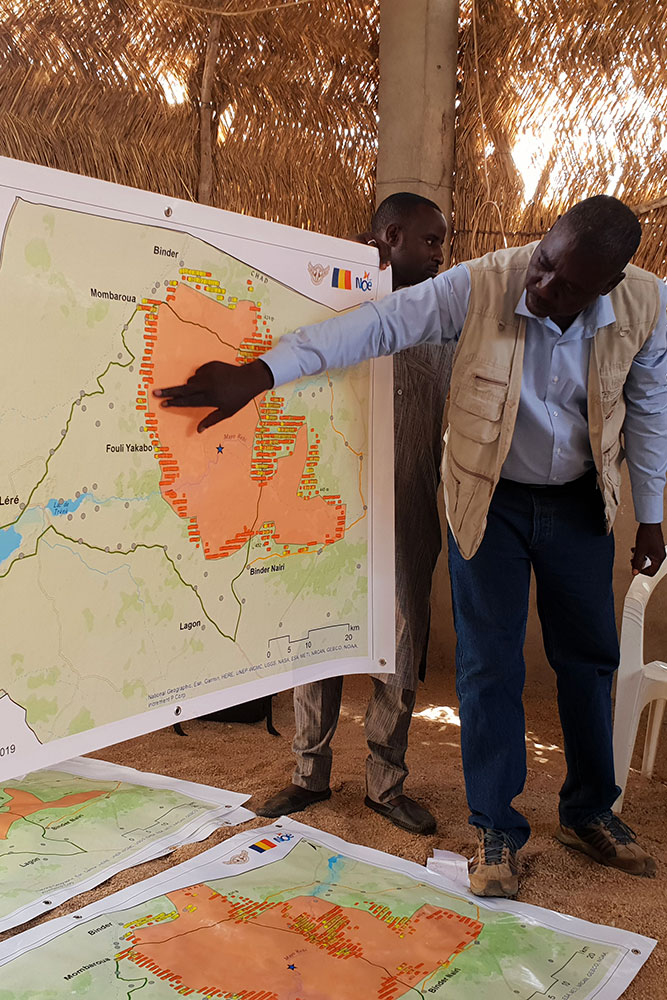 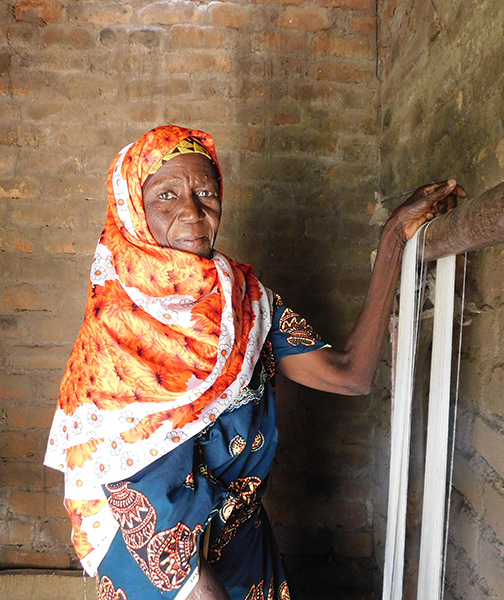 The 70,000 people neighbouring the reserve are being engaged by :

To ensure more sustainable income for the Reserve in the future, Parcs de Noé aims at: 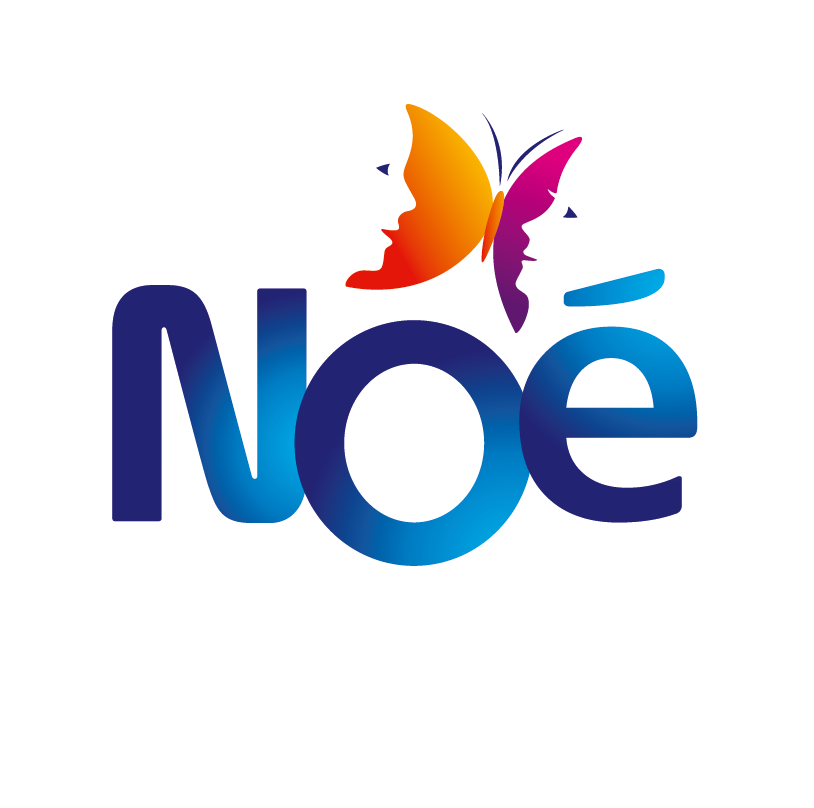 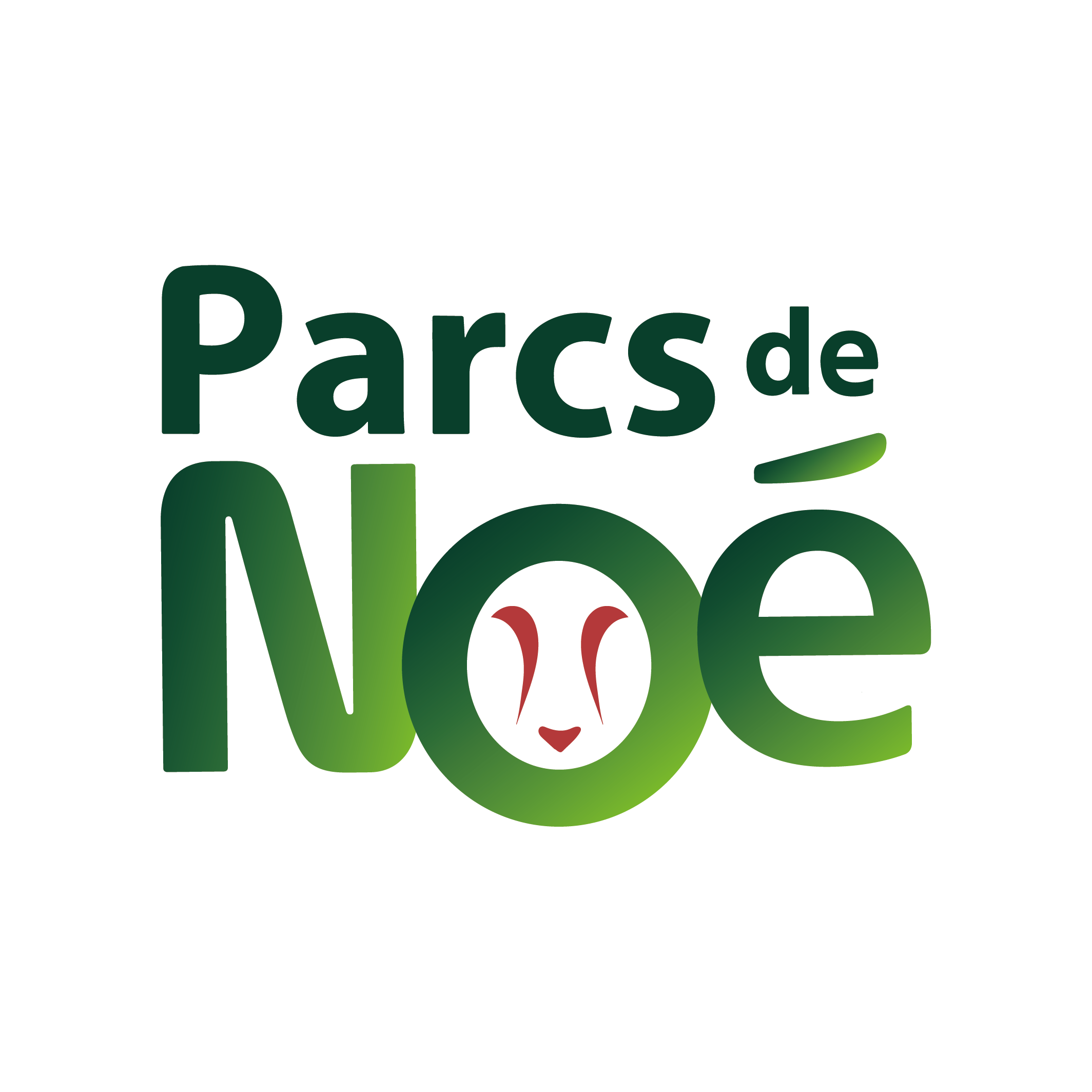